Ministry of Social Welfare & District Social Welfare intended that RUPSA as an Non-Government Organization (NGO) from Khulna impart training to Transgender  Societies members on group formation and management, gender issues, health & hygiene, savings & credit management, various skills on income generation activities (IGA) enabling them to start self-employment activities after they phased out; stakeholders on gender and environmental issues; and imparting training to the trans shopkeepers of Women Market Section at improved Growth Center Market under the project on Transgender community livelihood development. RUPSA as an NGO specialized in providing trainings was being invited for preparing RFP in the package Transgender community livelihood development program for Khulna region working area to perform the services. 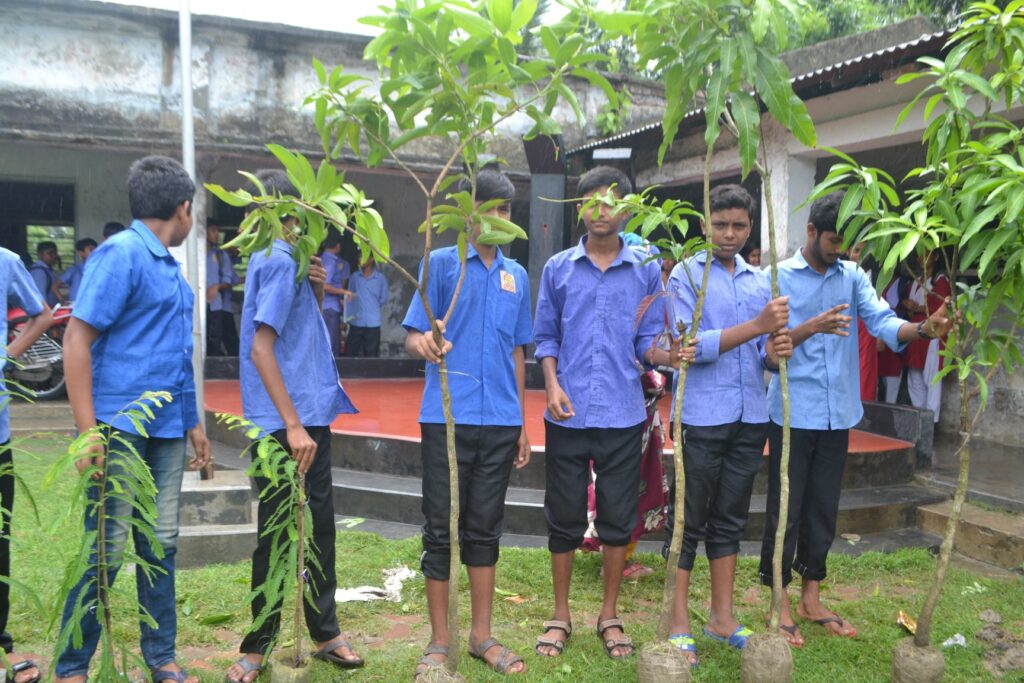 The Green Wave is a global biodiversity campaign to educate children and youth, this campaigning a positive response already created among school-going children in the scroll where this campaigning is implemented its activities and in future they will be the frontier to restore the biodiversity in this southwestern coastal area. 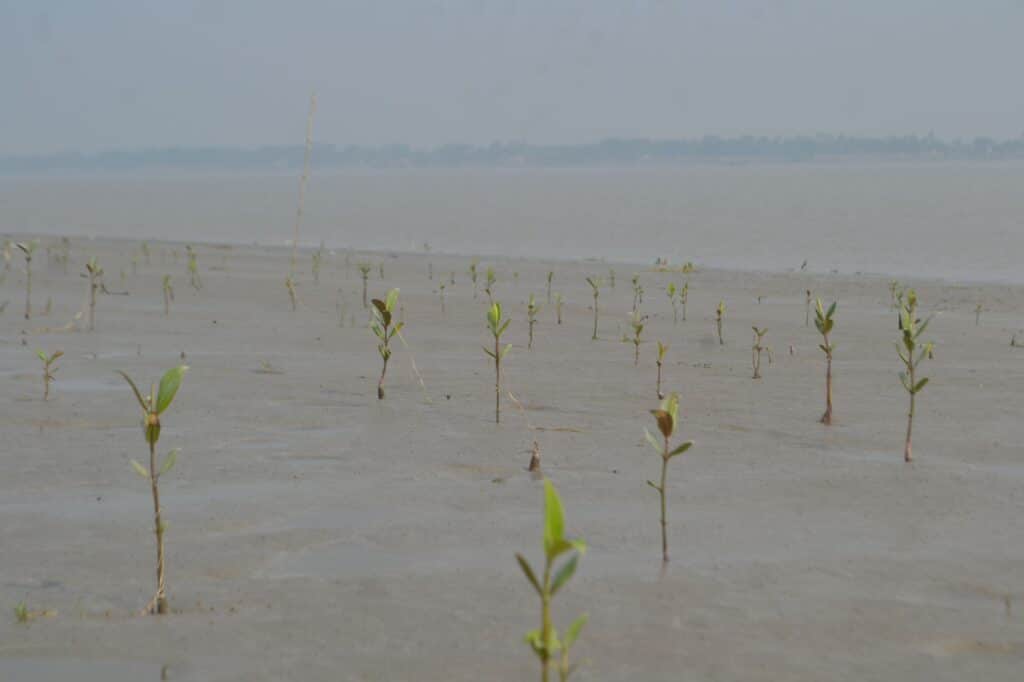 The world’s single largest mangrove forest Sundarbans’ has substantial ecological and economic importance in the local, national, and global context. Sundarbans mangrove ecosystem is the safeguard and livelihood support for 3.2 million climate-vulnerable river-based coastal island people. But due to human cruel activities and natural hazards mangroves are reducing day by day. So, we want to reforestation mangroves by planting 20 lacs mangroves in the Sundarbans river-based coastal region of Bangladesh.

Throughout this project, 20 lacs trees will be planted in the Sundarbans coastal areas of Bangladesh. Planted mangroves will protect riverbank erosion and save the households near the riverside from different natural calamities like cyclones, floods,s, etc. Once the planted mangroves get adult, they will become the house of various types of biodiversity. Community living beside the planted area can also make Non-Timber Forest Products (NTFP) from those mangroves to reduce their poverty 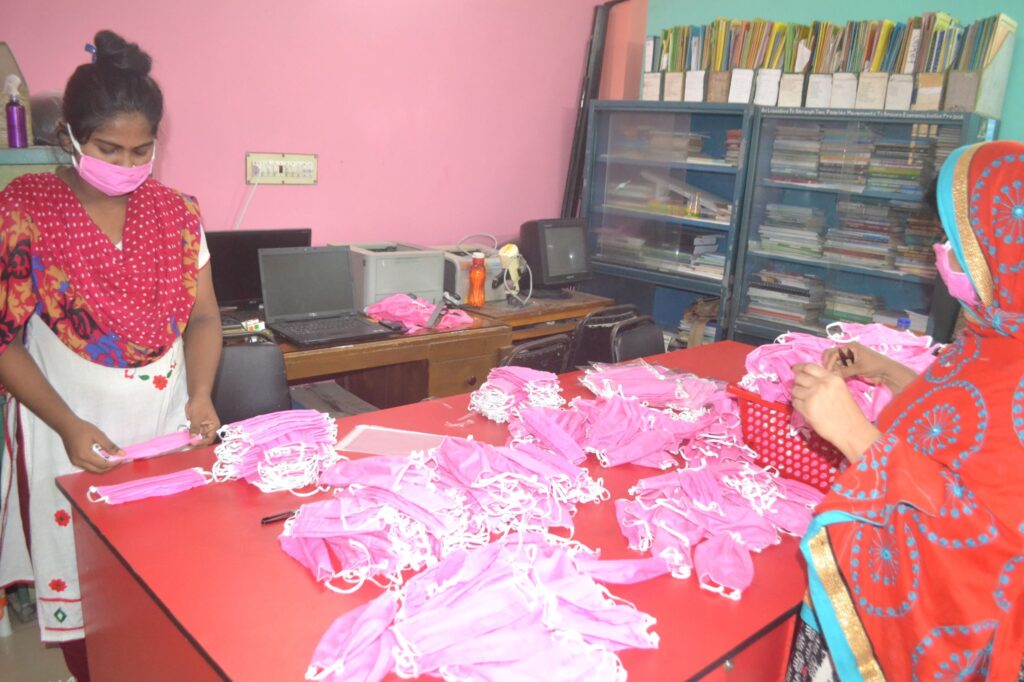 The new coronavirus (COVID-19) has forced countries around the world to adopt measures such as flight bans, mandatory lockdowns and social distancing to prevent the pandemic from spreading. South Asian nation, Bangladesh has also followed suit, banning flights and shutting down schools, colleges but some emergency service offices still remain open in one of the poorest countries in the world. However, with no “total lockdown” order imposed by the government, millions of people are out on the roads every day, to search for their means of livlihood. Social distancing is a way of controlling infectious disease. But in a densely populated country like Bangladesh, it is difficult to enforce social distancing in many areas. Especially, consider the slums in cities where millions of people live. They are living in such close quarters that it’s unthinkable to enforce social distancing there.

In these circumstances, providing face protection masks and sanitary materials for the vulnerable group can help to prevent or slow down the further spread of Coronavirus.

Women and children make up about two-thirds of the country’s total population. Therefore, women’s development and proper nutrition of children is one of the driving forces of development in Bangladesh. In order to achieve the Sustainable Development Goals (SDGs), the overall development of women and children, poverty alleviation and reduction of maternal mortality must be further enhanced in each of the indicators. To this end, the Working Lactating Mother Assistance Fund is being implemented to finance women and children. Which is one of the diversion Social ‍Safety-net activities of the Bangladesh Government.

A project implemented by the government of Bangladesh with support from the food aid donors including the World Food Programme, Australia, Canada, Germany, France and the European Union. The project aims at providing food to the poorest women of rural Bangladesh in exchange for their participation in development works. The project began as a relief programme in November 1975 under the name of Vulnerable Groups Feeding (VGF) with an initial focus on providing food support to destitute women for a two-year period. Under the programme, 780,000 distressed women were given wheat and other commodities for supplementary feeding. The Ministry of Disaster Management and Relief instituted food distribution through VGF to address the basic needs of women in extreme poverty. The programmed was subsequently oriented towards development and renamed Vulnerable Groups Development (VGD) since the mid-1980s. The new objective was to increase the self-reliance of the most disadvantaged women. The government, however, reintroduced the VGF in 1997 as a separate project. Within the framework of a new ‘Strengthening Institutions for Food Assisted Development’ (SIFAD) project, the government transferred the administration of the VGD from the Ministry of Disaster Management and Relief to the Ministry of Women and Children Affairs in July 1996.

The three major channels of implementation of the VGD project are the Unions, Institutional Feeding and Development Centres (IFDC) and Women Training Centers. Under the Union VGD programme destitute, divorced and abandoned women, under- The VGD beneficiaries include women from landless households (owning less than 0.5 acres of land), women with irregular (less than Tk 300 per month) or no individual income, daily or casual women labourers and women from households lacking ownership of productive assets. Under the project, about 0.5 million women-headed households receive 30 kg of food-grain for a period cycle of 24 months. New groups of women are brought into the project after the graduation of the existing groups. The development programme package of VGD includes savings, group-based social awareness, functional education, skills training in income-generating activities and credit. These services are facilitated/ran by NGOs including RUPSA conducting all social development and IGA training to 2651 beneficiaries of VGD programmed RUPSHA Upazila in Khulna districts. 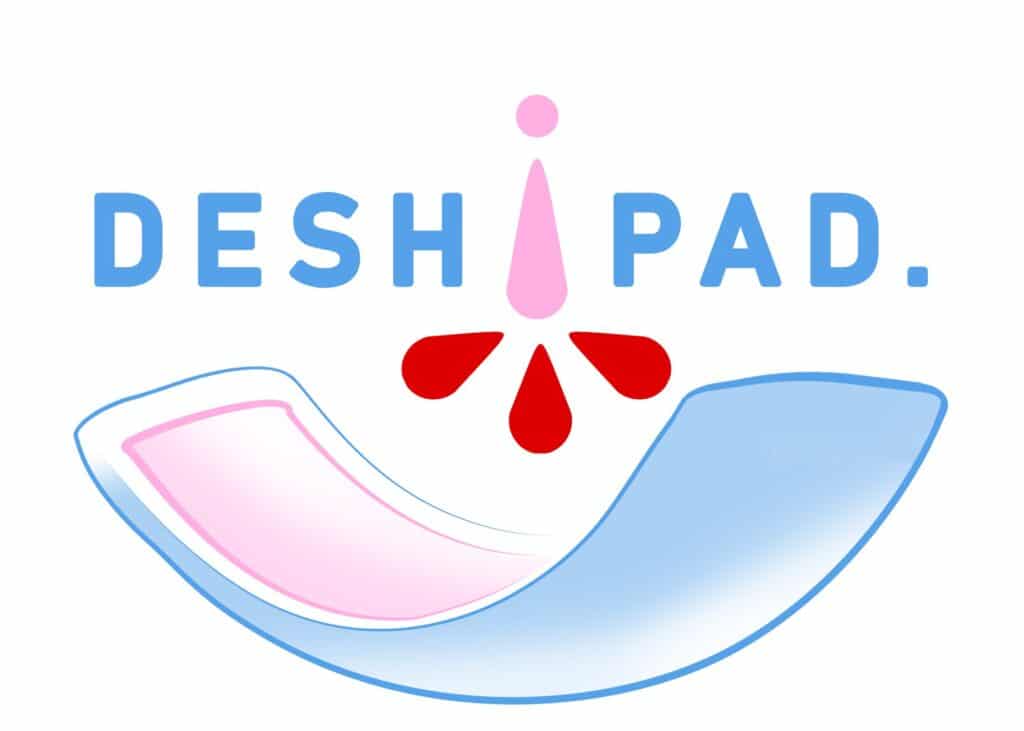 (1) Conducting trainings and workshops to educate girls and women about menstruation and menstrual hygiene:

(2) Implementation of health camps for the treatment of menstrual disorders:

(3) Construction of a local production facility for the production of inexpensive, reusable sanitary napkins (max. 35 BDT/month/person)

(4) Establishment of a mobile supply unit that regularly delivers sanitary products purchased centrally from regional markets as well as locally produced sanitary napkins to the villages in the project area. This will help to connect remote villages with the supply structure for hygiene products and support the resident girls and women.

(5) Development of an economically viable model for the production and distribution of high quality and low cost sanitary napkins in rural areas of Bangladesh and advice on building a “social enterprise” through:

After the successful pilot phase, an economically self-sustaining continuation of the napkin production and distribution of the local “social enterprises” as well as a dissemination of the workshop and educational content by volunteer women in the neighboring areas of the project area is in progress. 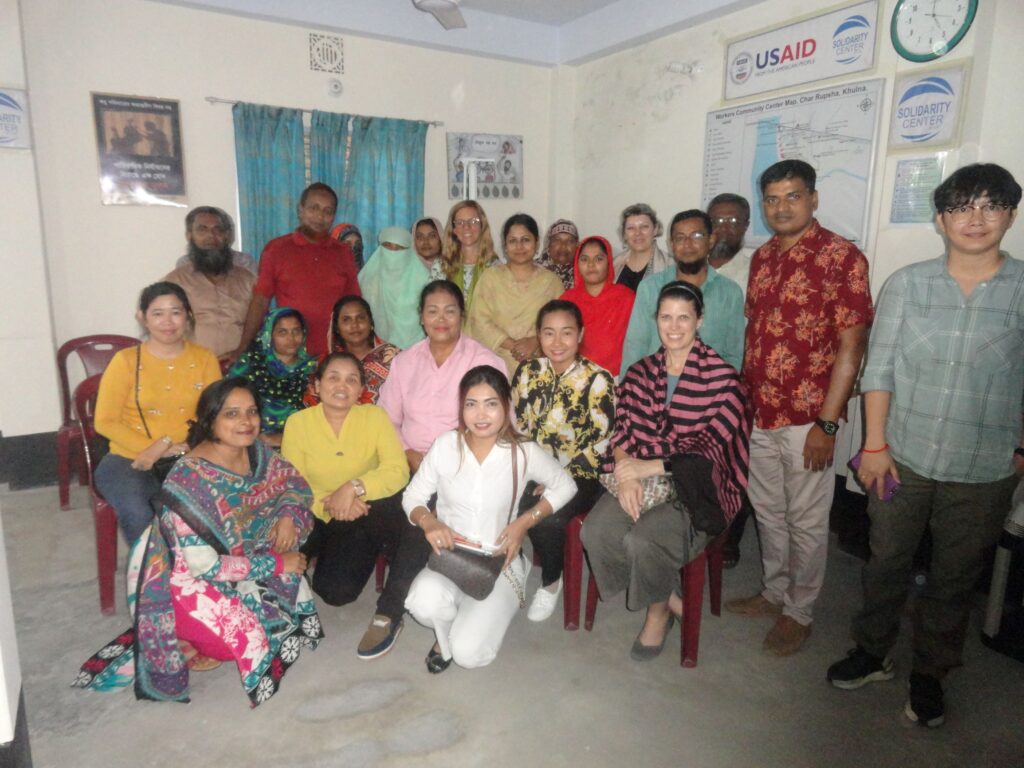 The main purpose of this memorandum of understanding is to reaffirm the SC and the organization’s shared commitment to support the formation of community-based independent worker organizations to empower workers with skills and institutions necessary to be able to protect their rights, promote their interests and improve conditions in Bangladesh. The organization will receive no direct monetary compensation as a result of this agreement.

The goal to strengthen the capacity of independent trade unions, trade union federations, worker community associations in the RMG and SFP sectors to collectively advocate for their rights and interests and enhance productive interaction with management to constructively participate in improving industrial relations. These activities will contribute to USAID’s worker’s Empowerment and participation Activity in Bangladesh.